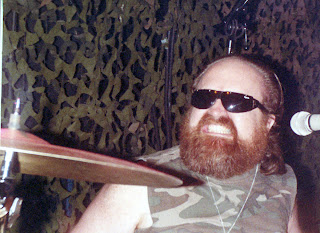 What, MORE Sparkling Apple posters and photos? To borrow a phrase from a recent USA election, "yes we can"! Posters from the Slim Chance era, as well as some Niteshift photos, have been added to the Sparkling Apple website for your adolescent enjoyment.

Niteshift: that was the cabaret next door to the old Tudor Inn at the USA/Canada truck crossing near White Rock, BC. It has gone through many different names, notably Smugglers, and I really don't know if it even exists any more. We also used to play at a joint in New Westminster called "Rockin' Tonight", run by an individual known as Hughie. (Anyone remember Hughie's last name?) That place changed names often, too (formerly The Answer II), later becoming California Dreamin'.

A real "find" in my treasure trove of memorabilia is the long-lost poster advertising Sparkling Apple and Mick Dalla-Vee's band, Paradox, at Scottsdale in 1986. Not long after that gig, Paradox was advised (for legal reasons) to change their name, and received a cease and desist order to do so. So what did they change their name to? Cease and Desist. Genius!
Posted by Captain Maniac at 8:24 PM